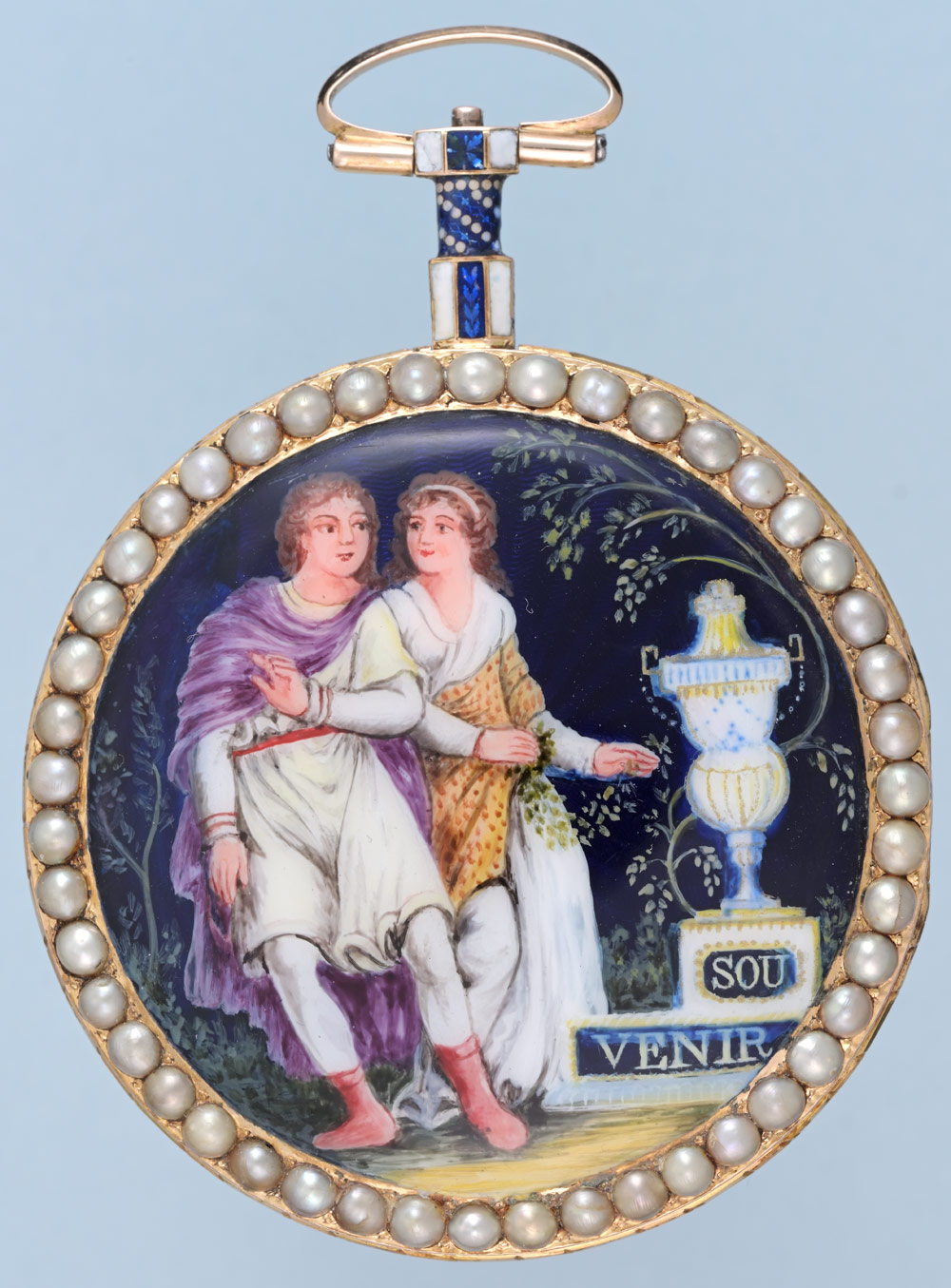 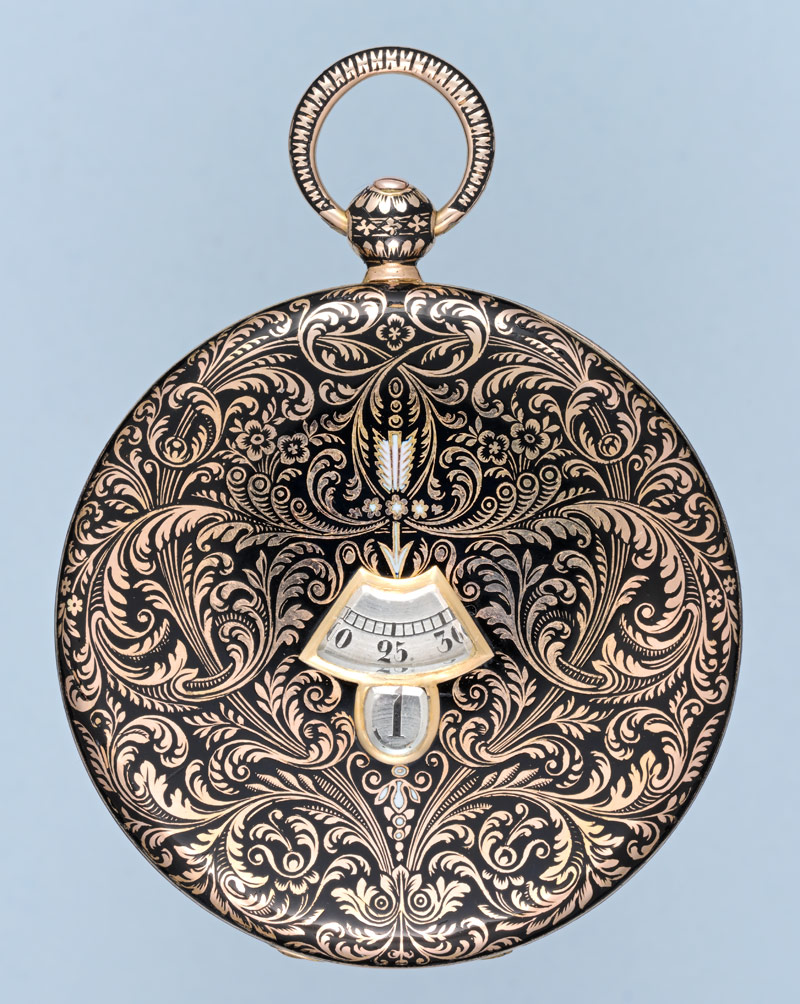 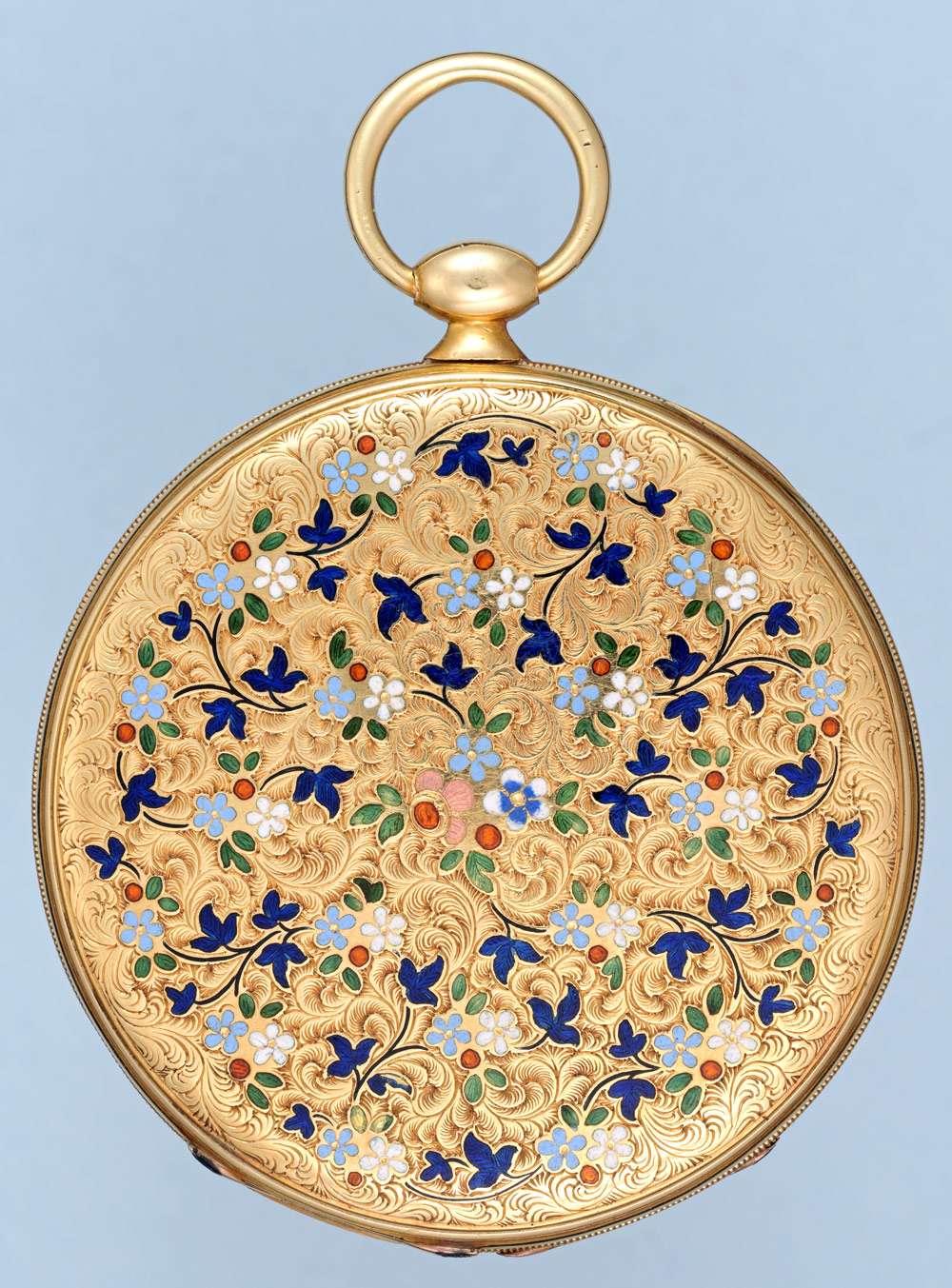 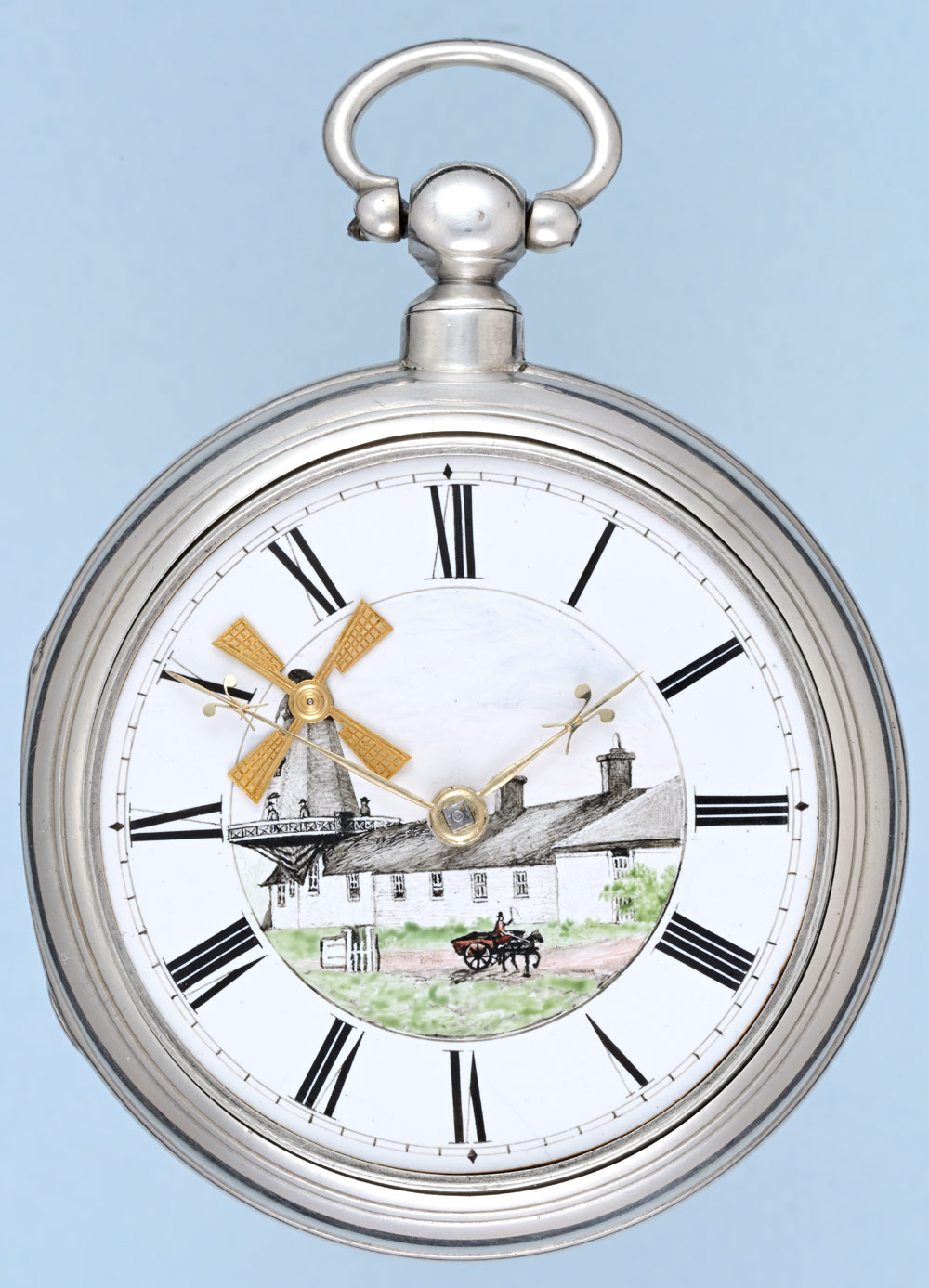 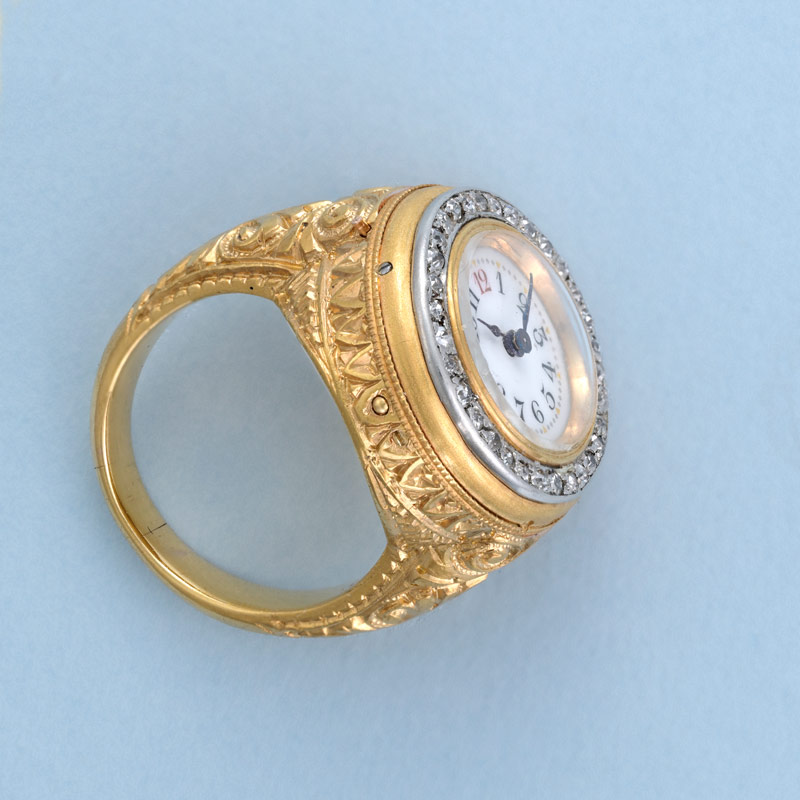 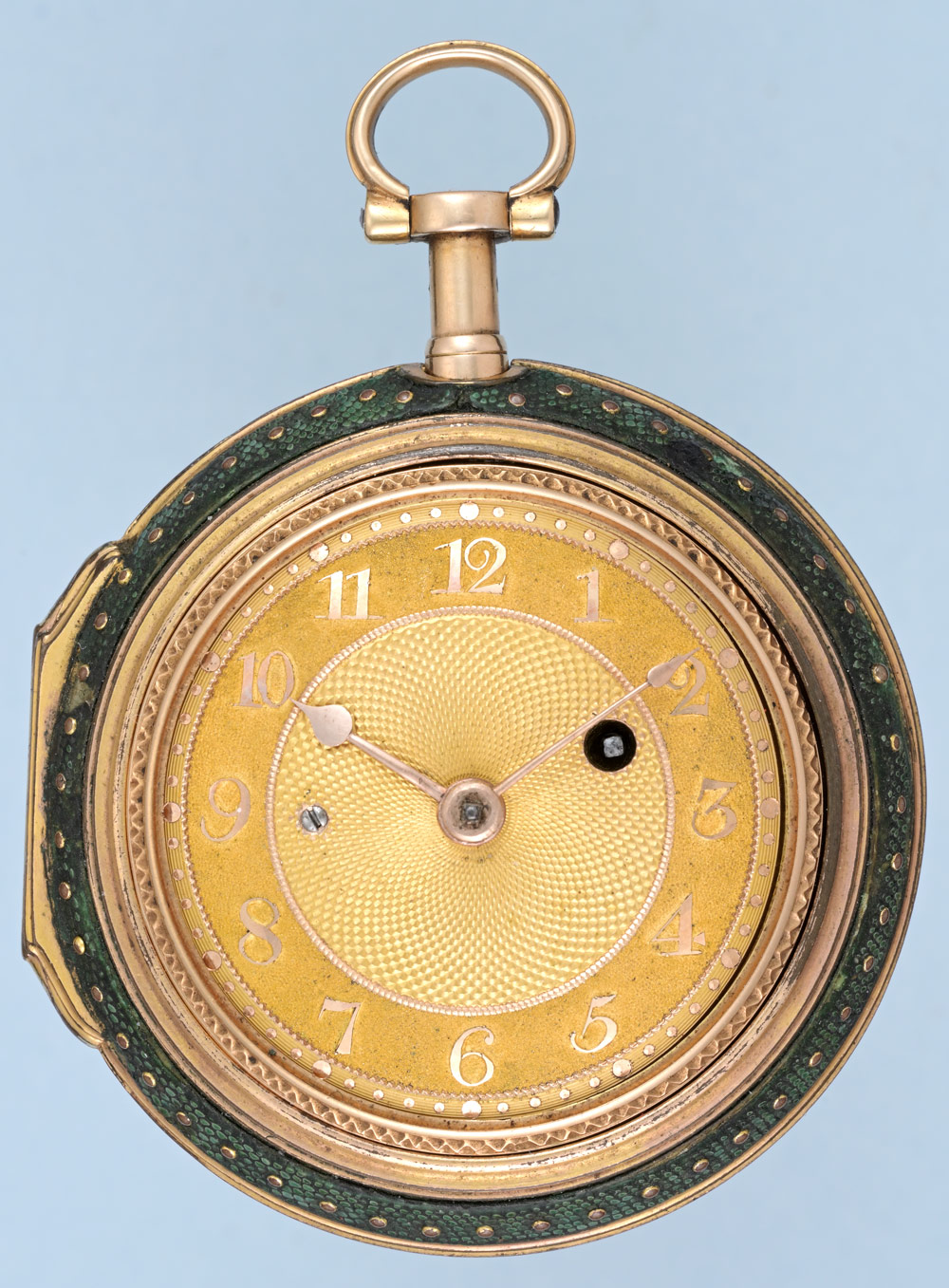 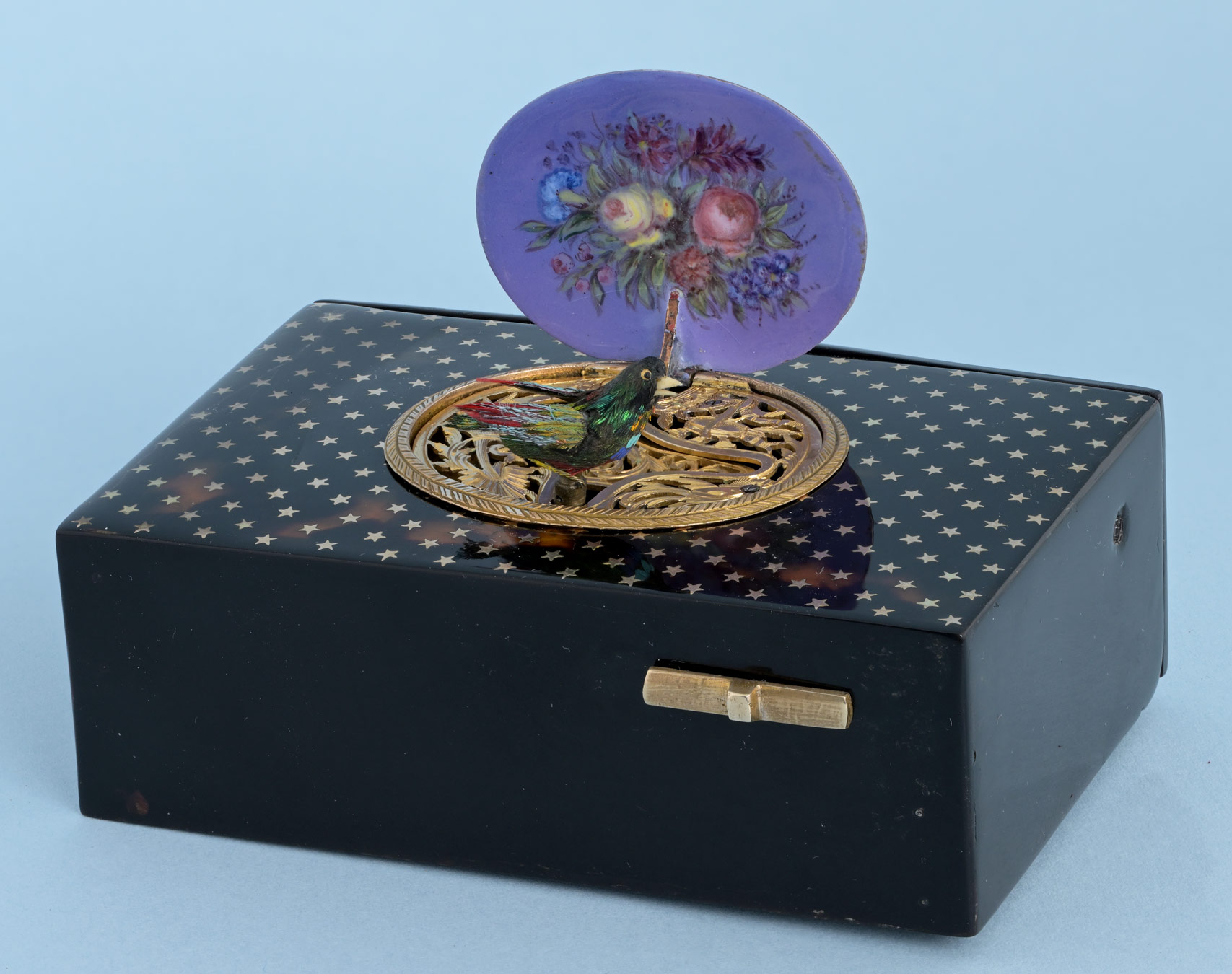 A late 19th Century French automated singing bird in a gold inlaid horn box .  Brass going barrel movement keywound through the base. Small bellows and piston mechanism provides air to a variable whistle to mimic birdsong operated by a system of cams and levers.   The bird covered with multi-coloured feathered plumage, iridescent highlights to bib and wings.  Moving the gilt lateral slide on the front of the box causes the oval lid to open and the bird to hinge into an upright position, rising through chased and pierced gilt grille.  While playing the automated bird moves its bone beak, flaps its wings, bobs its  tail feather and moves from side-to-side, synchronised to the continuous birdsong.  Horn box, the top inlaid with gold stars, a compartment at the back with a hinged horn lid.  Oval gilt hinged cover to the bird with a classically dressed couple walking through a garden in restored polychrome enamel.  The underside with a polychrome floral spray on a puce ground.  In a black morocco covered fitted case lined with blue velvet, the key in a recess below. 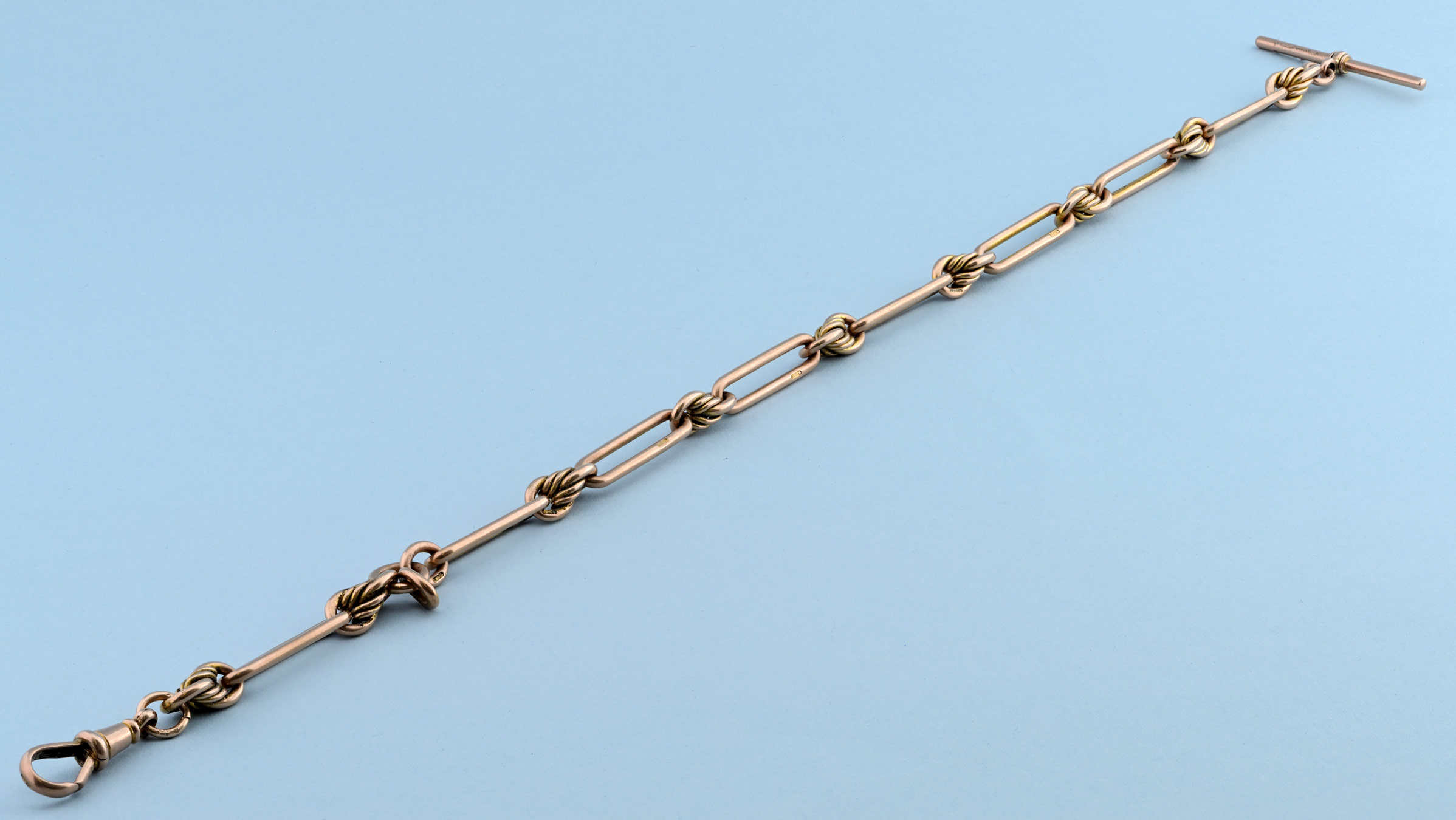 A late 19th Century 9 carat rose gold watch Albert.  Comprised of eight long rectangular links alternating with short knotted links.  “T” bar on one end of the chain and spring clip on the other.  All links marked.