Made In Chelsea star Mark-Francis Vandelli reveals his designer watch collection valued in excess of £50,000


For those who are unaware who Mark-Francis Vandelli is, he is a cast member or ‘character’ on the largely popular TV show, Made In Chelsea. He’s a well-to-do, privatelyeducated son of a multimillionaire industrialist and model. 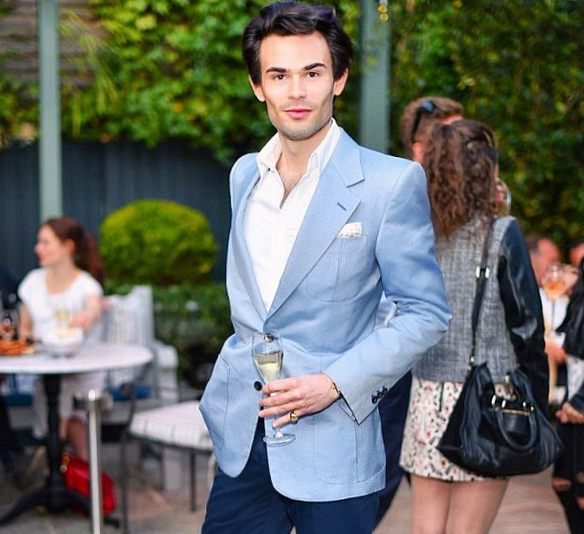 Mr Vandelli recently took the time to discuss his watch collection to theEvening Standard, in which he divulged some of the 16 timepieces that he has been collecting since he was a teenager.

The 26-year-old has gotten into a habit of buying a new watch annually in order to have an impressive collection by the time he reaches middle age.

Many watch enthusiasts would argue that Mark-Francis has already reached that goal – hecurrentlyowns anumber of pieces that are worth several thousand pounds- arguably not very much though, when you look at the prices the antique pocket watches command at auction around the world.

A brief insight into his collection reveals that he owns a Bulgari Bulgari Chrono 42, a Cartier Tortue Collection Privée and aRolex yellow gold Oyster Perpetua.

Mr Vandelli’s most expensive movement is a Cartier white gold Moonphase, which he bought from a shop on Sloane Street in Chelsea earlier in 2015.

We have a nice range of antique marine watches here at Pieces of Time if you’re interested Mark-Francis?