You might be looking at your watches wondering just how long it’ll be until spring time will be upon us. Well there are two official beginnings for spring; the astronomical and meteorological. As we are in the market of dealing with antiquewristwatches and vintagepocket watches, we will be looking into the former, and leaving the latter to the Met Office! 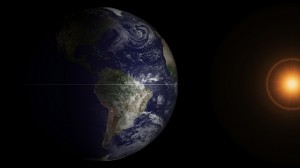 There are two equinoxes annually – in March and September – which is when the Sun shines directly on the equator and the length of night and day are almost identical.

Here are six more facts for you to enjoy:

It’s the autumnal equinox too

The March equinox is known as the vernal or spring equinox here in the Northern Hemisphere, with those in the Southern Hemisphere heading into their autumnal equinox.

It marks the first day of spring

Astronomers and scientists use the March equinox as the start of spring, which ends on the June Solstice, when our astronomical summer starts.

It takes place at a specific time globally

While there are a variety of cultures cited around the world who celebrate the whole day as the March equinox, the equinox in reality occurs at a specific moment in time. That moment is the exact instant the sun crosses the celestial equator. It is at this point in time that the Earth’s axis is neither tilted away from nor towards the Sun.

The date of the equinox varies

Do you recall when Spring equinox was celebrated on March 21? No? Okay, well this happened back in 2007, and the next time it will happen we won’t see it as it will be in 2101!

The March equinox does in fact occur on March 19, 20 or 21. During the 21st century, the March equinox has only happened twice on March 21 – 2003 and as we mentioned previously, 2007. A March 19 equinox will be more a more common occurrence during the last decades of the century.

If you enjoyed this article, why not take a look at the following: