Your guide: a beginner’s look into pocket watch styles


So most people are aware that pocket watches generally have a chain attached to them in order to allow them to be secured an item of clothing, for example a waistcoat, lapel, or belt loop, as well as to prevent them from being dropped on the floor. The watch chains holding the watch are what is known as an Albert style chain and which has a hallmark stamped on every link. 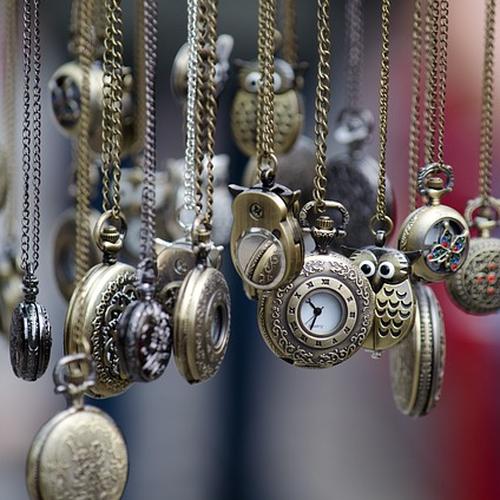 For those who don’t know and are perhaps looking to learn a little more about the varying styles of pocket watches that are on offer then let us take you through this simple guide on the 4 different types of pocket watches. They are as follows:

The open face pocket watch is pretty self-explanatory, and it’s all in the name. The design of this style of timepiece means it has no cover and you can tell the time without having to remove any sort of case. This style was not seen as a popular one in the 18th and 19th centuries, predominantly as the porcelain faces which were used could be damaged very easily and required the additional protection that a cover would have provided.

This, the full-hunter, was developed as a pocket-watch that complete with a cover that opened and closed on a hinge as a result of what some perceived as a flaw in open face pocket watches. The full-hunter pocket watch design often featured a flamboyantly engraved outer casing with initials and in some cases even a picture or photograph displayed on the inner.

Time keeping could become a slight hassle to some owners or the full hunter style due to the cover having to be opened every time the owner wanted to check the time, this is why the half-hunter was invented. The half hunter watch featured a cover that included a crystal or hole so that the owner was able to see the hands of the watch without having to open it.