Why watches are always set to the same time in adverts


You more than likely have never noticed the fact that watches are always set to the same time in adverts, so that should mean the teams behind the adverts have done their jobs well, right? 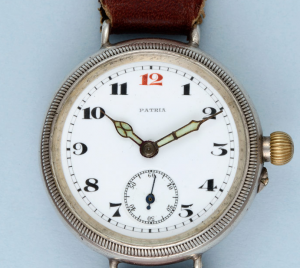 Take the time to look at any ad or promo image of a timepiece and you’ll observe that it’s almost certainly set to 10:10. Don’t believe us? Check out some image searches on Amazon using the keyword ‘watch’ and it brings up thousands of results, but you’ll soon discover that it’s tricky to find a picture of a timepiece which hasn’t been set the time, 10:10.

It turns out that there’s a perfectly good explanation for this rigid ‘thing’ that is the 10:10 time choice. The New York Times recently revealed in an article that watch hands positioned at this time attractively “frame the brand and logo,” Andrew Block, executive vice president of watch dealer Tourneau, explained.

Due to the fact that almost all brands design their logos to be positioned at the top of the watchface, therefore setting the time for 12:05 or 1:20, for example, would cover the logo.

There is the argument to say that you set the time to 4:40, effectively placing the hands totally out the way of the logo, but there’s also good reason for not doing this too, the reason being that by keeping the hands facing up makes the watch bear resemblance to a smiley face.

So to avoid the potential of having products ‘frowning’ at customers they’re displayed on, it is always advised to not have the hands facing down, in the bottom half of the watch.

Taking things one step further, brands such as Timex always capture their watches while telling time at precisely 10:09:36. This means that by having the second hand slightly off-centre it prevents any branding or dials in the bottom half of the watch from being covered. Timex are so committed to the cause that they even use this exact time in images of movements without hands, such as digital watches.

The moral of the story here is that if you’re ever thinking of selling your watch to replace it with one of our antique wrist watches, then set it to 10:10 to capture the most aesthetically pleasing picture.