It occurs twice annually, but there is the same old confusion and kerfuffle when it comes to the time when the clocks should actually change. 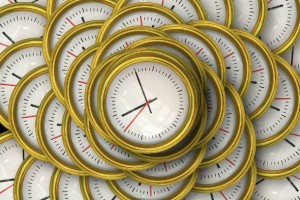 We’re happy to help out the general public at Pieces of Time, so we’ll thought we would make it as easy as possible for you and give you all the information you need, so here it is:

On Sunday March 27, the clocks will go forwards by one hour as of 0100 hours.

This year is a particularly easy year to remember because the clocks change on the same day as Easter Sunday.

This, as we’re sure you will be well aware, means losing an hours’ sleep that evening, However, British Summer Time (BST) will have officially begun, so that marks the start of those much-anticipated lighter, longer evenings.

Mobile phones and other modern technology that are connected to the internet will change automatically, but you should check to make sure. Other timepieces such as antique pocket watches, wall clocks, ovens and some car clocks will need to be altered manually.

It’s almost 100 years (98 to be exact) since British Summer Time was introduced in order to avoid “wasting” summer daylight hours during the First World War.

There was a time between 1968 and 1971 when the clocks were changed to BST permanently as part of an experiment but following complaints that it made Scotland too dark in the mornings, the Government opted to return to using BST between March and October.

If all else fails when you’re trying to remember which way the clocks go, just think the phrase “Spring forward, Fall back”.