We’re back with part 2 of our series on the evolution of watches series. This instalment will cover the progression dating from the 1500’s and what happened at this point through to the 1700s.

There’s no time like the present so let’s pick up where we left off! 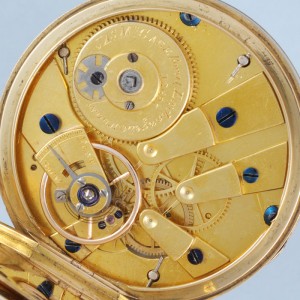 Peter Henlein was a clockmaker, and sometime just prior to 1511 he created the mainspring. The mainspring was the device that made it possible to have a portable timepiece. Using the power of winding, the mainspring relied on gears that moved the hands based on a rotating, time-measuring balance wheel. What resulted was fundamentally a large pocket watch, not too far from today’s antique pocket watches in function, which was actually just too sizeable to fit in a pocket.

The pocket watch was responsible for creating a niche market that was profitable, and grew with the progressing technology. As with any new device that bursts on to the scenes, early pocket watches were offered at incredibly expensive prices. Of course this meant that only the wealthy were able to afford them. Not only that but the price saw even fewer being able to afford to keep them running! The result of the exclusive price tags meant that the pocket watch became a novel item ad indeed a status symbol among the wealthy aristocracy of the period.

Like the first owners of the iPhone and other such high end market products, pocket watch owners often spent time fretting over the potential of lurking pickpockets and that they would steal their prized possession. If they were unlucky enough to have theirs sneakily removed from their person, owners would publish reward advertisements for a return in local newspapers. Unsurprisingly few were ever recovered.

In order to reduce the risk of theft, a much thinner timepiece was produced in 1770. This was called the Lepine calibre, which allowed watchmakers of the time to create a flatter movement that was able to fit in a fob pocket and thus concealing the luxury item from roaming thieves.

In that same year as the Lepine calibre, Abraham-Louis Perrelet invented a self-winding mechanism. This ingenuous modernisation used an oscillating weight that wound the watch as its owner walked, and this meant that it reduced the chances of the timepiece stopping ticking.

It goes without saying that nowadays we certainly take this advancement for granted, but during that time the technology was seen to be pretty amazing. Manual winding was definitely the dominant action for almost any mechanism, so a watch that automatically wound itself was undeniably going to set quite a big impression on the people of the time.

For more on this series visit our blog page and keep your eyes peeled for the next instalment.