We’ve now come to the third and final edition in our series of the evolution of the watch from the wind up movements to today’s modern devices.

In this episode we will be discussing the beginning of the wrist watch that are so sought after alongside antique pocket watches for sale in antique shops today to the new era of the smart watch. 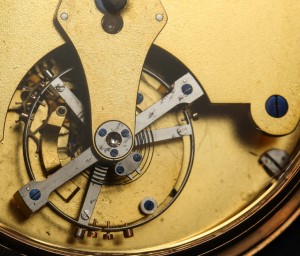 In a timely fashion

The master watchmaker Abraham-Louis Bregue created the first ever timepiece that was to fit on ones wrist in 1812. Ordered by Caroline Murat, the Queen of Naples at the time, the watch was provided both practical and attractive characteristics. Despite its favourable appeal, it would not catch on with the public for another century’s time largely down to common belief that wristwatches were effeminate. WW I was the time when men grasped the realisation that wristwatches exceeded the practicality of the pocket watch.

The French watchmaker Nicolas Rieussec filed a patent for an additional watch hand in the year of 1822, this was to be the hand that measured seconds. Projected to measure distance travelled, he called the hand the “seconds chronograph,” later becoming what is known as the stopwatch. For racing and aviation industries, the chronograph was absolutely essential as is it allowed people to time events to a more precise level and more reliably than ever before.

A defining moment in the antiquity of horology, Seiko announced the release of a watch that ran on a quartz-crystal battery in 1969. It essentially cleared the way for a new era leaving much of the watch technology before it obsolete as it by eliminated the need for moving parts or winding. The new quartz models were cheaper and greater in accuracy compared to their mechanical predecessors. This meant that it wasn’t long before quartz timepieces became more widely sold than classic mechanical timepieces.

We are still seeing smart watch technology in its progression stages at this early point in time. There are a range that are in development, however we have yet to see what all of these devices can do. The newest smart watches are fundamentally mini computers you wear on your wrist and they can do just about anything your smartphone or tablet is able to. Those of you who are classic watch enthusiasts are the biggest naysayers of the new technology, with some going to the level of saying these new miniature machines shouldn’t be in the category of being called “watches” at all. While are consigned to the fact that the smart watch could one day outpace the traditional timepiece, it is feasible that well-made watches will always be in demand from those who see the device as a style statement and heirloom.