The History of the Barometer


A barometer is predominantly an instrument for measuring atmospheric pressure. There are two main, or common, types of ‘standard’ barometer; the aneroid, and the mercurial, which was invented first. There are of course our fine antique pocket barometers on offer too! It was a man by the name of Evangelista Torricelli who invented the first barometer, affectionately known as the “Torricelli’s tube”. 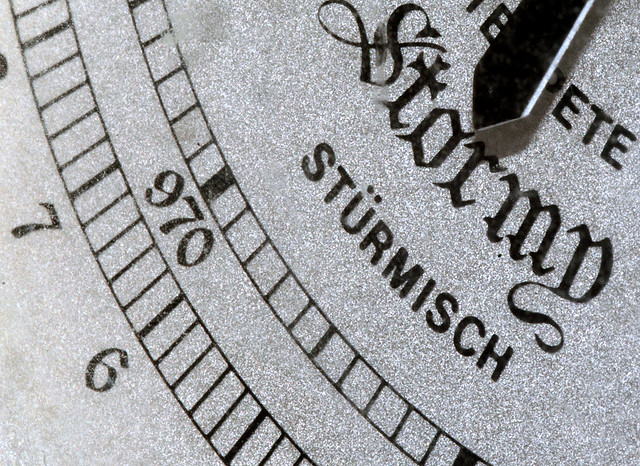 Evangelista Torricelli was born October 15, 1608, in Faenza, Italy and died October 22, 1647 in Florence, Italy.He was an Italian physicist and mathematician, best known for his invention of the barometer, but is also known for his advances in optics too.

In 1641, Evangelista Torricelli moved to Florence to assist the renowned astronomerGalileo.

It was Galileo who originally suggested to Torricelli that he should use mercury in hisvacuum experiments. Torricelli proceeded to fill a four-foot long glass tube with mercury and inverted the tube into a dish. It was when some of the mercury didn’t escape from the tube that Torricelli observed the vacuum that was created.

Torricelli followed on to become the first scientist to create a sustained vacuum and to determine the principle of a barometer. Torricelli realised that the variation of the height of the mercury from day to day was part of the causation made by changes in the atmospheric pressure. And it was around 1644 that Torricelli built the first mercury barometer.

Lucien Vidie and the Aneroid Barometer

In 1843, the French scientist Lucien Vidie invented the aneroid barometer.An aneroid barometer “registers the change in the shape of an evacuated metal cell to measure variations on the atmospheric pressure.” Aneroid means fluid-less, however, no liquids are used, rather it’s the metal cell usually made of phosphor bronze or beryllium copper that moves.

A barograph is an aneroid barometer that gives a continuous reading of atmospheric pressures on graph paper.