As sellers of fine antique pocket watches for sale, UK antiques dealers, Pieces of Time, like to keep a keen eye on other elements of the antique industry, with great appreciation it has to be said. And as such we would like to offer our congratulations to the new Society of Fine Art Auctioneers & Valuers (SOFAA) recently appointed chairman, Mr Clive Stewart-Lockhart. 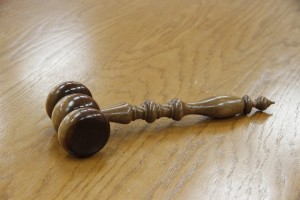 He is the successor to Chris Ewbank, who had occupied the role as chairman for seven years, during which time membership has risen significantly and opened to valuers as well as auctioneers.

Among other initiatives, Mr Ewbank, has paid particularly close attention to the development on the educational side of things and has been an avid supporter of the Southampton Institute courses.

Mr Stewart-Lockhart, who has been the deputy chairman of the society for a number of years and has more than three decades of experience in the fine art auction market, was the natural replacement for Mr Ewbank, it was stated.

SOFAA was formed in 1975 as a professional representative body and provides guidance to members to promote the highest possible standards of practice in all regards, and reassurance to clients that their best interests will be served at all times.