If you enjoy all things maritime and you have a penchant for antique marine watches amongst other classic marine objects then this is the event for you. To mark the 300th anniversary of the passing of the Longitude Act in July 1714, this landmark exhibition tells the extraordinary story of the race to determine longitude (east-west position) at sea, helping to solve the problem of navigation and saving seafarers from terrible fates including shipwreck and starvation. 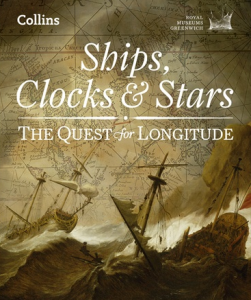 A must see for lovers of science and ingenious inventions

Follow the quest to solve the world’s biggest challenge and the battle for the huge rewards of up to £20,000. Explore the rivalries and ingenious inventions of some of the greatest minds of the 17th and 18th centuries including Galileo, Isaac Newton, Captain Cook and John Harrison. Centuries later, the science they developed still influences critical areas of modern life, from satnav and mobile phones to international time zones.

Exhibition highlights include the original Longitude Act of 1714 on public display for the first time ever, and a rare opportunity to see all five of John Harrison’s now legendary timekeepers together, the first to allow accurate timekeeping at sea. Also look out for stunning ship models and elegant marine fashions of the time.

A wonderfully insightful day out for lovers of this kind of captivating exhibition.