Rare watch belonging to Gandhi has been on display in India


A pocket watch that belonged to Mahatma Ghandi has been the centre of attention at the Kamal Watch Company. In an exhibition for the public in the city of Hyderabad in India, the watch is among several priceless objects that are highly valuable and sought after by many historians. 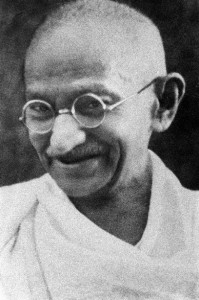 Gandhi, a leader of the Indian independence movement, was and continues to this day to be a popular figure in India due to his teachings on peace and non-violence.

The watch is among one of a few that Ghandi would carry with him on his travels. Ganesh Ponnuswamy from Zenith Watches, who brought the watches to Hyderabad, said that Gandhi applauded the qualities of punctuality and was shocked when it was stolen when travelling to the city of Kanpur.

It is believed that the thief returned the object after hearing about Gandhi’s sorrow at losing the precious watch and asked for forgiveness from the spiritual leader.

When it was returned to him Gandhi presented the watch to his granddaughter Abha, and later it came into the hands of private collectors who displayed it in the recent exhibition with other similar artefacts in the city in south India.

Have a look at Pieces of Time for a rare and collectable antique pocket watch either for yourself or as a gift.