Patek Philippe announce one off movement for Shakespeare’s 400th anniversary


As a mark of respect to one of the most famous men in history, Patek Philippe, makers of famous antique pocket watches recently announced that they will be creating a one of a kind commemorative clock to celebrate the400thanniversary of William Shakespeare. 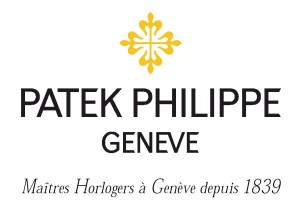 The movement will feature illustrative scenes from the Bard’s most representative works.

Saturday 23 April, 2016 was the official date that marked the 400th anniversary of the death of Stratford’s most renowned son.

It is now on sale through George Pragnell in Shakespeare’s hometown of Stratford-Upon-Avon where, appropriately, the showroom is in a cottage built by Abraham Sterling, who was a known carpenter friend of William Shakespeare himself.

The techniques used to create the Patek Philippe Commemorative Dome Clock are fascinating, as they used Limoges enamel which illustrates flashpoints of the playwright’s career, including a portrait ofRichard III, scenes fromThe Merry Wives of Windsor, a romantic recreation ofRomeo and Juliet’s famed balcony scene – based on a painting by Frank Bernard Dicksee – as well as Prospero’s storm in the opening scene ofThe Tempest featured on the dome of the clock itself.

The Patek Philippe Dome Clock’s designers and creators used the technique of miniature enamel painting, that saw them include as many as 97 enamel colours, incorporating 27 firings at 850C degrees in order to attain this one-of-a-kind work of art.

You can see images of the commemorative clock on SalonQP, here.