Buying luxury watches, such as vintage pocket watches, are said to be a better investment than transferring your money in to an ISA, a recent study has revealed. 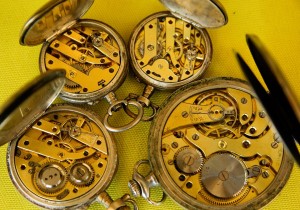 There are a number of models of top brand Rolex that boast a return of 400% more than if the money were to have been placed in a tax-free ISA.

The study highlighted a number of the best investments, including the Rolex Milgauss as spotted on stars such as Daniel Craig and Orlando Bloom.

Furthermore, The Rolex Submariner, as seen on/worn by Johnny Depp and David Beckham, has also been verified as a good investment.

Researchers for the study compared the prices of as many as seven various classic Rolex watches from 1969 with the figure the models could be resold for now.

After adding in inflation to the original prices, the researchers revealed that the timepieces could be sold for a profit of £13,088.68 on average.

This was followed by the 1969 Oyster Perpetual Day-Date Stainless Steel model, which had a return of £18,380.85 profit.

This research was carried out after two Rolex watches went under the hammer at auction, and fetched significant sums, recently.

The first of the two movements was a historic WWII Rolex that eventually went for more than £160,000 in Bourne End. The initial valuation was set at circa £60,000.