Know your pocket watch styles with our beginner’s guide


If you are new to the pocket watch scene but are enthused enough to want to learn more in the regards to the world of antique pocket watches for sale and collecting, we have just the thing for you. 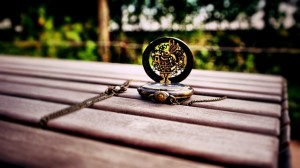 As most of you will know, pocket watches as a rule, will have a chain attached to them. This is a way of securing their safety, and also can be seen as a fashion styling statement to accessorise with your outfit. Chains can be attached to waistcoats, lapels, or belt loops as a means to prevent them from being dropped on the floor.

The open face pocket watch is designed to always show the movements face, with no case blocking the view, as it were. As a result, you won’t have to remove any sort of case when telling time. Originally, this was not a style that people in the 18th and 19th centuries were particularly keen on. The reason for this is that the porcelain faces used to make the watches were susceptible to becoming marked or damaged easily with no case to protect them, lessening the value and appearance of the watch.

As we mentioned previously, there were some who preferred a half hunter watch due to the cover of the full hunter having to be opened every time the owner wanted to check the time, which led to the half-hunter being invented. However, the full hunter was first developed as a pocket watch that provided the wearer with a protective cover which opened and closed on a hinge after many people expressing views on as a ‘flaw’ in open faced versions. The full hunter pocket watch design often featured a flamboyantly engraved outer casing with initials and in some cases even a picture or photograph displayed on the inner.

The double hunter gives the wearer much of the same in terms of features as the full hunter. The front face is covered with a protective lid, whereas the additional lid found on the double hunter opens on the back of the pocket watch as well. This design was used for those who had a watch with mechanical movements that were able to be viewed from the back. On double hunter pocket watches, the ’12’ hour marking can be seen just below the stem of the movement, as, when the watch was placed in the pocket or on a flat surface, the time would be facing the correct way.

To see the various styles of pocket watches available to you, head over to our hunting-cased watches catalogue page.