If there’s one thing that goes with pocket watches and particularly antique fob watches, it’s trains. So if you’re keen to show off your best timepieces then look no further than Locomotion in County Durham. 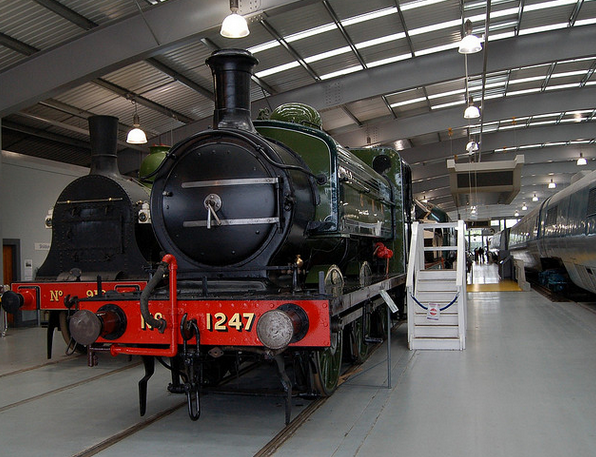 The National Railway Museum at Shildon once again welcomes its Autumn Steam Gala this month, giving people a chance to experience the sights and sounds being showcased in the form of locomotives used during the Second World War.

Taking place over the weekend of the 19th and 20th of September, the museum will be winding the clocks back as they step back in time to the 1940s.

There’s set to be a whole host of locomotives on display, including the Green Arrow V2 Class locomotive.

The event is a sure fire way to enjoy and experience some of the finest sights and sounds of the 1940s, with a range of amazing vehicles on display.

Additionally, the UK’s oldest operating steam locomotive, the Furness Railway No 20, will be offering enthralling passenger rides for a small fee, while the historic model Orion will be in steam and there will be a visit from the Aycliffe and District Bus Preservation Society with some of its wartime vehicles.

This sounds like an event not to be missed, so make sure you’re there to enjoy it with visitors from far and wide!