Rolex has accused Matteo Renzi, the Prime Minister of Italy, of damaging its brand after he labelled protesters who ran amok in Milan recently as spoilt brats with a penchant for the Swiss company’s luxury watches. 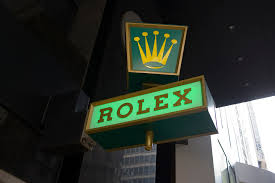 The claim came after a photograph and video circulated over various social media platforms which showed one of the masked protesters who damaged property, including shop windows, in protests against Expo 2015 apparently wearing a Rolex-style timepiece.

In an open letter published in the form of adverts in Italian newspapers on Wednesday, Rolex’s Italian boss Gianpaolo Marini called for an apology from Renzi and interior minister Angelino Alfano.

“I have to express my profound regret and disappointment over your comments and their implicit association of window-breakers and the fact of wearing a Rolex watch on your wrist,” Marini wrote.

He said there was no way it could be established that the vandal photographed had been wearing an authentic Rolex.

“Unfortunately your words had a huge echo and produced an unacceptable juxtaposition of the image of Rolex with the devastation of Milan and the world of subversive violence,” Marini said.

Why not stay away from the controversy and visit Pieces of Time for all your hunter watches, pocket barometers, and antique pocket watches?