The iconic producer of the digital watch seen on many a wrist, Casio, is taking a monumental stride leap into the 21st century following the announcement that the Japanese watchmakers will be producing its first official smartwatch. 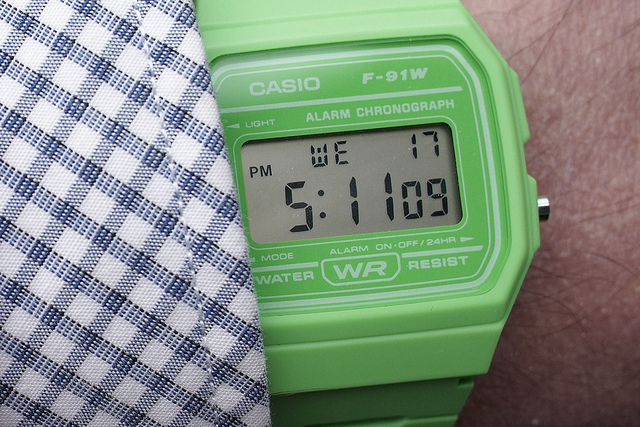 Casio is not renowned for producing the antique wrist watches that brands such as Rolex, Tag Heuer and Patek Philippe are capable of creating, but they certainly know how to appeal to a specific audience. They have been on the scene for almost half a century, and after releasing its first digital watch, it’s decided the time has come to try something different. The veteran watchmaker is hopeful of outdoing the likes of Apple, Samsung, Sony, and other major tech companies by becoming an alluring option to their existing fans as well as the mass market’s necessity for comfort and durability that other brands have not managed to reach with their products.

The team behind the newest addition to their range have stated they intend to keep it as a watch first and foremost. Smart features will play second fiddle to time telling.

The director of Casio has reportedly spent the last four years working on the development of the smartwatch and has turned away many prototypes, including a bulky phone-watch hybrid.

Casio’s digital watches have undoubtedly proved popular over the time they have been in production, and the company has even proved it’s capable of making cool digital watches for women, a feat some of their rivals have not been so successful with thus far. Recently, there has been a strong resurgence in the popularity of its more retro designs, namely the budget digital time piece with the plastic strap, available in a variety of vibrant colours, which are now considered to be classic and timeless in their own right. Time will tell if Casio can do the business in the smartwatch market, but if anyone can, it’s Casio!