When it comes to antique wristwatches, a 1940s Rolex whose RAF owner was killed by the SS after the Great Escape, coming up for auction is set to attract a fair bit of interest. And when the lot came and saw the timepiece sell for £165,000, few were surprised. 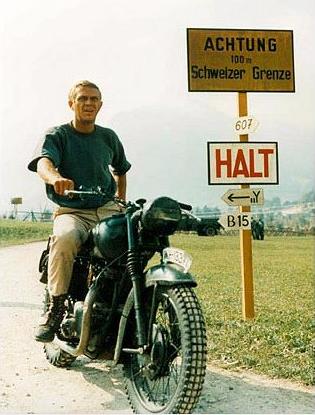 In Buckinghamshire, the black-dialled Oyster Chronograph model, was brought out to the waiting audience, along with the phone bidders who were patiently waiting to enter their bids. The movement had been estimated at £30,000-50,000 at Bourne End Auction Rooms, but the popularity of the piece was at such a level that the triumphant bid far exceeded the guide price and was won by a female collector bidding on the phone.

Its condition was described as exceptional by expert consultant Martyn Perrin, who highlighted the fact that the history of the watch made it particularly special.

Mr Perrin’s detailed research on the vintage movement states that the Rolex’s owner, Flight Lt John ‘Jack’ Williams, was the 67th officer to escape though the ‘Harry’ tunnel during the Great Escape from Stalag Luft III in March 1944.

He was of the 50 selected and executed afterwards on Hitler’s orders. The watch was handed back to his family by Mr Donald Wilson, who was a fellow POW officer, once hostilities ended.

During the war, and as part of the Geneva Convention military issue watches could be seized but not personal ones. As a result, Hans Wilsdorf, managing director of Rolex in Switzerland at the time, ran an extraordinary scheme during the war which saw British POWs able to put in an order on a watch that would be delivered to the prison camp, with payment deferred until after the conflict was over.

Receiving payment was obviously a risk Wilsdorf chose to take, but he also had to bank on the fact that the wristwatches would reach their intended customers as part of the promise he had made, too. During Perrin’s time researching the watches he discovered a number of letters showing that no fewer than three Oyster Perpetuals were sent to one army officer in Offlag VIIB.