A number of watches and jewellery once owned by “The King of Rock and Roll” were placed on sale last week in a multi-platform auction, but ended with mixed results. 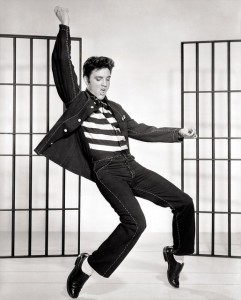 This was due to several pieces being sold below their estimated value, and one item didn’t even sell, according to the online listings of the results.

A total of 126 items of Elvis Presley memorabilia were placed on sale during a two-hour action held at both Graceland and online through eBay and Invaluable.com.

One of the top items in the auction was a 1914 Indian Head gold 2 1/2-dollar coin and diamond ring. The ring sold for $18,000, which was $2,000 less than its estimate. This pretty much set the tone for the rest of the auction, including a poor show for his watch collection.

Two timepieces owned by The King were part of the audition, which were a 1973 gold Omega TC1 digital watch with inscription, and a gold Baume & Mercier watch.

The Omega was gifted to Charlie Hodge, a close friend of Presley, and included an inscription from the musician. The watch eventually sold for $3,000, which was below its $4,000 estimate. The Baume & Mercier watch was given to Armond Morales of The Imperials, and failed to sell at auction. The estimate for this timepiece was $10,000 – $15,000.

It would seem that modern watches are not quite as popular as the more traditional pocket watches when it comes to auction, regardless of their previous owners! If you are looking for a pocket watch for yourself, why not take a look at the range we have on our website?