An Early English pocket watch which has been described as a masterpiece of English watchmaking has sold at auction for £989,000.

The Royal astronomical watch featured a finely engraved portrait of King James I on the case, and was handmade in around 1618 by David Ramsay. 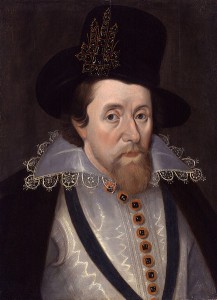 Ramsay is very often seen as one of the finest makers of pocket watches from the early 17th century by horological experts.
He was the first master of the Worshipful Company of Clockmakers when it was formed in 1632, and was also the King’s Chief Clockmaker.

The engraving to the covers features a Royal Coat of Arms, and a very similar watch can be found in the Victoria and Albert Museum in London. It is believed that these timepieces were probably commissioned by the King at the same time.

The final selling price for this watch was almost four times the pre-sale high estimate of between £150,000 to £250,000. It formed part of a larger collection, which raised £3.02 million with fees.

Three more sales from the same private collection are planned for 2016 by Sotheby’s, which is said to be a “who’s who” of watch innovators, including Robert Hook, John Harwood and George Graham.

The first sale paid respect to “David Ramsay and the First Clockmakers Court”, of which this watch was a part of. The second sale, due to take place in July 2016, which look at the legacy of John Harrison who invented the marine chronometer, a device used for solving the problem of calculating longitude while at sea.