The granddaughter of the one and only Hollywood legend Charlie Chaplin has appeared in films of her own. Films such as Wim Wenders’ Until the End of the World, Sidney Pollack’sSabrinaandThe Serpent’s Kiss, alongside Ewan McGregor to name a few. 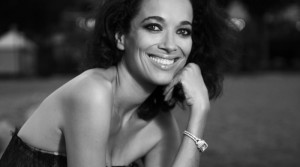 Carmen Chaplin’s talents to not end there though, the English actress is also a director, much like her grandfather was in his day.

In 2012, Carmen made the short filmTryst in Paneme, which starred her sister Dolores Chaplin and Bambou Gainsbourg, about a woman whose sense of self-value is wrapped up in her beauty.

It was in 2013 she made another short film,A Time for Everything, which was commissioned by luxury watch brand Jaeger-LeCoultre. Additionally the actress/director also starred in the film. The motion picture presented a ­meditation on the theme of time celebrating the 50th ­anniversary of the company’s presentation to Charlie Chaplin of a special Memovox watch when he settled in Switzerland, alongside her mother and daughter.

It was following this release that the Carmen Chaplin declared “I love antique watches and the idea that they have a past and a story to tell. “My grandfather’s watch particularly moves me, because he gave it to my father, Michael Chaplin, his son, when he turned 14. Then my dad gave it to my mum as proof of their love on their wedding day. It was a real good-luck charm because they have been in love now for 45 years.”

Unfortunately we can’t see this becoming one of the range of antique watches for sale in our catalogue any time soon but it is great to know that the love of antique watches in still adored and usually it is accompanied by an amazing story or two too.