We have many antique clocks and antique watchesin our portfolio, ranging from the 17th century up to the 20th century. These timepieces are loved by their owners for many reasons, including their links to the past; that’s why we have decided to take a look at the fascinating eras that some of our antiques are from. 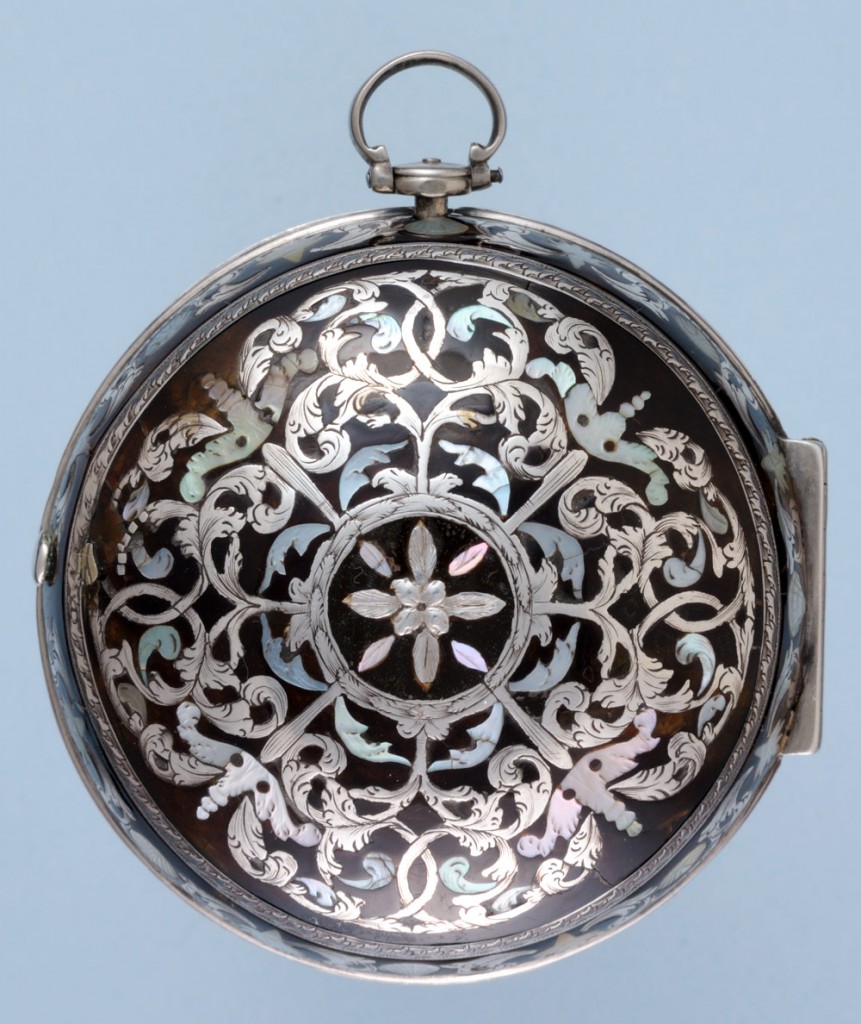 The rare silver and tortoiseshell verge is from the 17th century dating back to around 1695. The beautiful outer case is covered in tortoiseshell that is inlaid in a decorative design, and is engraved with silver and mother of pearl.

At the time, the Glorious Revolution had finalised England’s national religious identity and the nation was in its early stages of building the idea of democracy, rejecting the idea of pure monarch ruling. The parliament had become resentful of the tolerance James II had in terms of religion, so invited William of Orange to take the throne to rule a Protestant nation, that ensured a truce with France. This illustrated a concept that still survives in the modern world, where those who rule the country rule with the consent of the nation, and not through divine right. 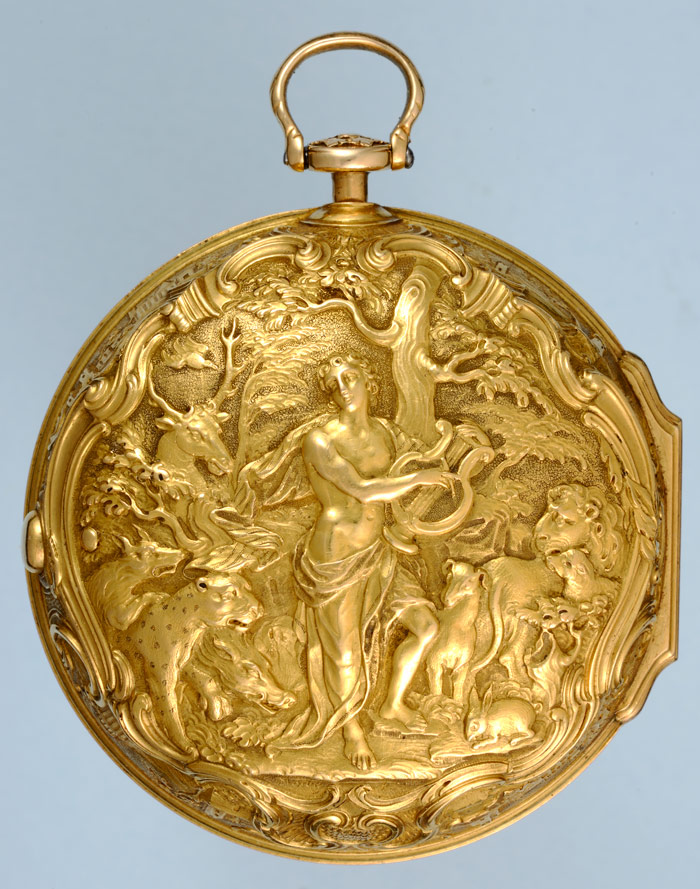 This beautiful gold plated time piece is dated 1744 and is hallmarked with a London stamp.

In the 18th century the British Empire was still a huge power in the world, and with this title came a lot of battles.

1745 saw George II become the last monarch to lead his army to battle in the Battle of Dettingen, where the Britain and her allies defeated the French; a battle that was just one mere engagement of the War of the Austrian Succession. The war had begun in the year of 1740, when the Austrian region of Silesia invaded Prussia. The invasion was due to rival claims for the hereditary lands that belonged to the Austrian monarchy. Britain supported Austria, along with the Netherlands, against Prussia and France. The war came to an end in 1748 when all of the hereditary lands were returned to Austria, except for Silesia, which Austria gave to Prussia.

It wasn’t long after that Britain and France were at war again. Some say this was the first global war in modern history, with a seven-year war between Britain and France seeing Britain and her allies fight against France and their allies. The war began in 1756 and saw Britain fight France in America, India and across Europe. The French forged alliances with Russia and Austria, and in 1762 gained the alliance of Spain. Britain, however, were victorious, and in 1763 the Empire expanded where they were given Quebec, Florida, Minorca, the West Indies and several parts of India under the Treaty of Paris. 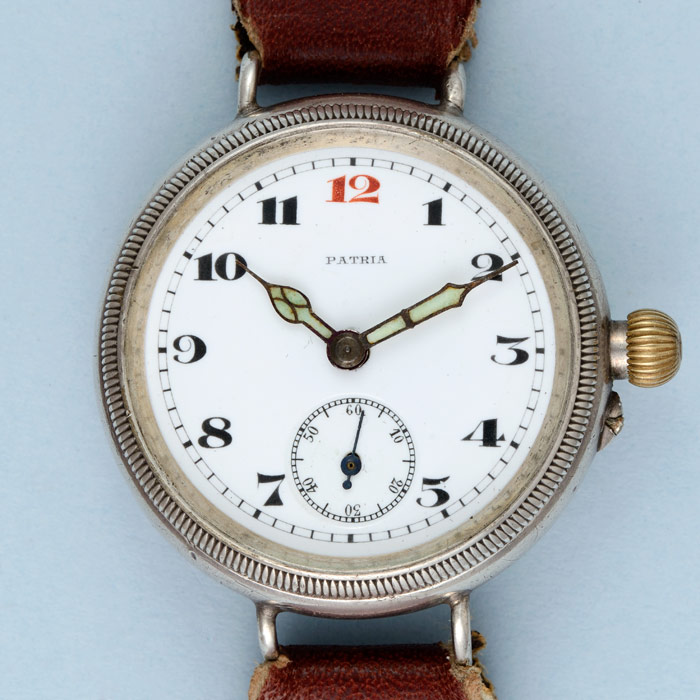 This silver borgel cased trench wrist watch, hallmarked from London, is from 1916, when Britain was in the height of World War I, one of the most significant times in European history. Britain declared war on Germany when they attacked France through an invasion of Belgium in 1914, with many British men choosing to go and fight. Britain were not under any obligation to support France, or Russia for that matter, in a war against the newly formed country of Germany. Sir Edward Grey called on Germany to cooperate with the great powers of the world but when Germany had refused his offer, Grey had highlighted that European policy should be equal for all European countries. Britain could not afford a hostile European power to threaten the countries across the channel and therefore declared war on Germany.

As the war heated up more men were needed to fight, so in 1916 a law was introduced when more men were needed in the army; this meant that men aged 18-41 were told to join instead of choosing to join. As the men left for war, women took on job roles in the men’s absence, with many taking to the factories, farms and hospitals. With the country in war, it was not uncommon for children to become orphaned, and were often taken to live in orphanages or poor houses. Whilst for the soldiers themselves, fighting became their way of life. 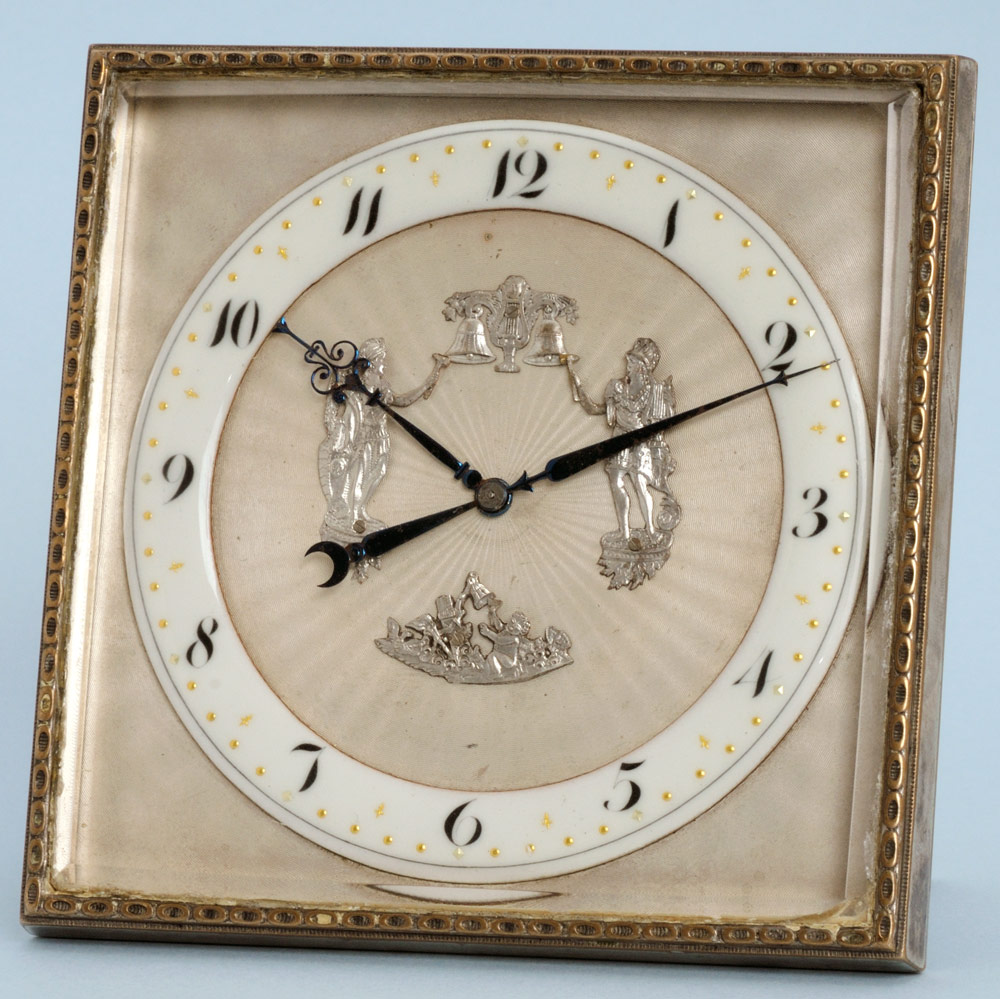 This unusual 20th century antique desk clock dates back to the 1920’s. Its extravagant beauty is reflective of the roaring 20’s, the glitz and glamour that made this time so iconic.

The decade was one of many contrasts. World War I had seen victory for Britain and a national peace had between restored. For many manufacturers and suppliers of goods needed in the war the war had been quite profitable; and for the young members of wealthy families, life could not get much better.

In the cities, the nightclubs, jazz clubs and cocktail bars were booming. The women had experienced a taste of independence during the First World War through employment, and with the vote allocated to women in 1918 the movement for equal rights had seen positive and quick improvements. This new sense of empowerment was reflected in the fashions of the era, with shorter hair, hemlines and lifestyle changes. The independent ‘flapper’ came alive in the roaring twenties, with her wild behaviour – driving motorcars, smoking, drinking and partying. But this was not for all women; for married women, life had carried on pretty much the same as it had been before the war.

State primary education was now free for all children, starting from the age of 5 – giving children of all backgrounds the chance to become educated.

By 1925 the prosperity of the twenties was over with the decline of the UK’s economy and unemployment rates rising, which lead to the Great Depression of the 30’s. From a decade that started on such a high, the ending couldn’t be so drastically different.

With so many timepieces in our portfolio, from many contrasting eras; why not invest in your very own piece of the past?