Nicholas Parsons, CBE is an English television and radio presenter and actor, renowned for his long career in the television, radio and theatre industries. He is best known for hosting comedy radio game show ‘Just a Minute’ and ‘Sale of the Century’, a TV game show that received 21 million viewers. 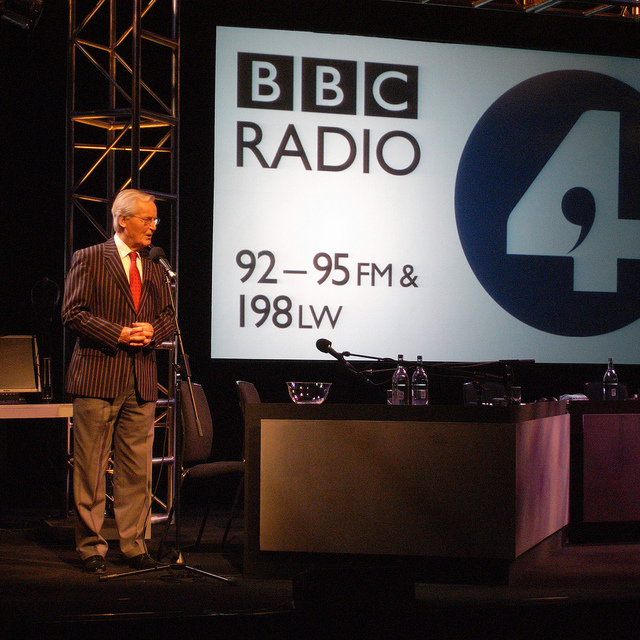 Now, the entertainment legend is bound to host a show that celebrates the most expensive and precious watch of all the antique watches in the world.The show celebrates the achievements of master watch-maker, Abraham Louis Breguet, who created the case watch ‘Marie-Antoinette’, known as ‘The Queen’. It is valued at an estimated $100 million and holds the title for the most valuable watch in the world. The watch has had a colourful past, having been stolen like many great pieces of work. To ensure its safety it is now held behind bullet-proof glass display.

Parsons travels across the world to explore the history behind the piece. He visits Paris to see the fascinating world and works of master craftsman Breguet. His journey takes him to Israel to see the Marie-Antoinette which is displayed in the L.A. Mayer Institute for Islamic Art’s clock department, where he gets to hold the most precious watch on the planet, an honour only bestowed to a handful of people.

Nicholas Parsons was ecstatic to be part of such a fascinating show: “As someone who has always loved clocks and watches, it was wonderful to be involved in a programme which explores the work of one of the greatest clockmakers of all time, Abraham Louis Breguet, and the history of the most fantastic watch ever made – which took us from Britain to France and Israel.”

The tale begins in Revolutionary France and continues to the present day. Marie Antoinette, Napoleon and his Queen Joesphine play starring roles in this fascinating story.

Parsons has studied clocks since he was young after his father was given two crates of clocks. The young Nicholas was fascinated so he completed two sessions with a master clockmaker. He is now a member of the Worshipful Company of Clock Makers and attends the annual ritual winding the Tompion Clock in the British Museum, a piece famous for working for 365 days on a single wind.

The Channel Editor for BBC Four, Cassian Harrison said: “As a channel that celebrates individual’s passions, I’m delighted that the great Nicholas Parsons is coming to BBC Four to delve deeper into his long held love for watches and clocks in this very special film.”

The Incredible Story of Marie Antoinette’s Watch airs on the 6th October on BBC Four at 9pm.