The Federation of the Swiss Watch Industry has recently reported a slip in sales on new exports in the watch market. However, while the new watch market suffers a slip, the market for antique watches is enjoying even more popularity than usual. 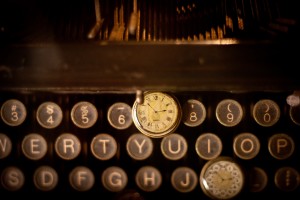 Following a host of record sales last year, it’s fair to say that the expectations are high for 2016 and its vintage watch auctions.

This year is set to see some interestingly big lots, including Christie’s 1928 Patek Philippe Ref 530 chronograph with a low estimate in the region of $515,500, and Sotheby’s Patek lot – a steel watch with a black dial, pink gold hands and numerals, anticipated to realise between $20,600 and $41,200).

However, it’s safe to assume that following recent auction results these movements will command multiples of the estimated guide prices. The proof is in the proverbial pudding, with Phillips selling a Patek Philippe stainless steel monopusher chronograph for a shaving under $5m, a cool $4m more than estimate, which consequently made it the most expensive stainless steel watch to ever be sold. Joining the likes of this particular timepiece, a Rolex Daytona, which was previously owned by the musician Eric Clapton, fetching $1.4m, etching itself in the Rolex record books at the same time.

It’s safe to say that there is a significant amount of ‘big money’ in the antique watch world at this moment in time.

Vintage can be considered to begin from the 60s or 70s, depending on who you ask, and any period after this, with analysts today citing the value of the antique watch market being worth circa $2b!

There’s no getting away from the fact that Patek Philippe and Rolex are still the ever-present kingpins among the brands that collectors are willing to pay out for. On the other hand, there have been solid and continued reports that there’s a growing interest for other old-school makers too.