If you are a lover of watches and haven’t visited the Spalding Gentlemen’s Society museum in Broad Street, in Spalding, we highly recommend you take a trip to go. The museum had an open day on Sunday 9th October with a guided tour, showcasing a wide range of antique pocket watches and clocks, as well as the interesting history and stories behind the craftsmen and repairmen. 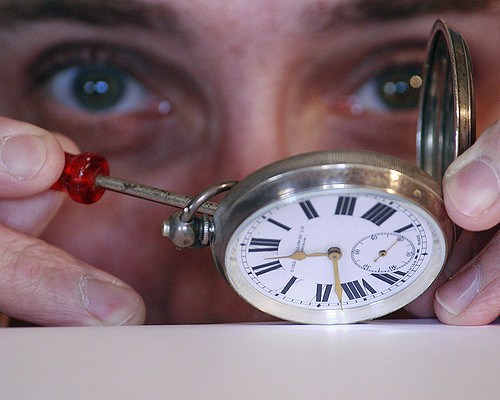 One story that has captured our attention is that of William Rippin, who lived in Holbeach, Lincolnshire. The repairmen who continued to repair clocks thirty years after he lost his sight. Rippin opened his repair shop between 1810 and 1815 in Holbeach, however, a few years into his new business he was taken by an illness that resulted in complete blindness.

An inspiration to many, William Rippin continued to clean and restore clocks and watches until his death in 1857. His wife would assist with the unpinning and pinning of the fine hair springs but apart from this, Rippin would complete all the cleaning and repairs of the pieces he received.

His pieces in the museum are accompanied by a letter his daughter wrote about her pride of her father’s accomplishments.

Don’t fret if you missed the open day – the event will happen again on November 20th, with doors opening around 2:30pm for a guided tour.