If you were at an auction house for the sole purpose of acquiring a new watch to add to your collection of antique marine watches would you be persuaded to bid for something different and make headlines while doing so? That’s exactly what two 18th-century timepieces did when they hit the headlines recently after they were both put up for auction at the same time. 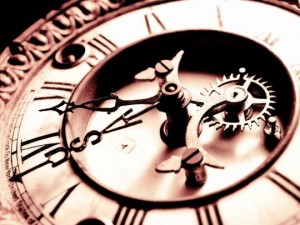 Adding to the unusual incident was the auction of a rare, 19th-century pocket watch.

The longcase clocks in question, were both made in Helston, Cornwall, bearing the inscription ‘Helstone’ on the dials. One of the timepieces was made by Thomas Odgers around 1800 and sold for £620. Odgers worked as a watch and clock maker in Coinagehall Street until around 1823.

The other longcase was made by John Troughton, who was from Helston and worked until 1760. It is believed that he was responsible for the maintenance of clocks that belonged to Reverend William Borlase, a Cornish antiquarian from Ludgvan, until around 1743. This clock is made of mahogany and stained pine, and sold for £300.

Also being put up for auction was a Victorian pocket watch made by William Puckey Lane, hallmarked in 1866. The silver timepiece went for £100. According to the auctioneer at Truro Auction Centre, it is a rare occurrence to have three specimens like these all up for sale at the same time. Martin Rowe added:

“There were clockmakers all over the county in different areas, all throughout the 1700s and into the late 19th century. There are examples of their work around but they don’t often come up for auction.”