Antique clock collector explains why the iPhone ‘snooze’ function is set to nine minutes, not 10


As there are so many millions of people globally who are in possession of smartphones and in particular, the iPhone from Apple, there is a question that is frequently asked, and that is; just why does the snooze function on the iPhone work on nine minute intervals? 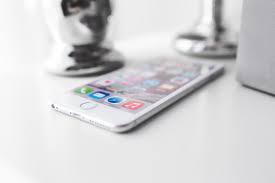 What’s wrong with a solid, rounded off, ten? We would all know where we were then, right? Well, here’s the explanation:

It stems from the mechanical origins of clocks, an expert in the field has stated.

When electro-mechanical clocks were prevalent in households around the world, it was a difficult task to actually set an alarm accurately. And this is why makers would go for ‘less than’ 10 minutes, i.e. nine minutes, due mainly to the gearing in the timepieces.

iOS support expert Nic Lake recently said: “Early clocks and watches had gears that made it difficult to set a snooze for ‘exactly’ 10 minutes. So they aimed for ‘less than’ 10 minutes, aka 9 minutes. And this was a pretty standard thing till the 50s.”

Antique clock collector David J Slavik added: “It is my belief that when the first hybrid electric clocks arrived THAT is when a seeming 9-minute standard was adopted. These old electric clocks physically flipped cards to indicate the time.”

“How this is explained is that when the user presses the buttons some number of seconds will have already passed. The snooze function had no way to deal with this and didn’t even try.

So you end up with a function that is almost never quite 10 minutes, never less than or equal to 9.”

So now you know and you can spread your knowledge among your friends should you wish to! In the mean time you could also delve into our catalogue of antique pocket watches for sale while you wait to tell the next person your new fact?