Swelling interest in antique watches for sale in recent years has seen a permeation in auction houses, and retail, as well as social media, and now the Antiquarian Horological Society has sat up and taken notice. 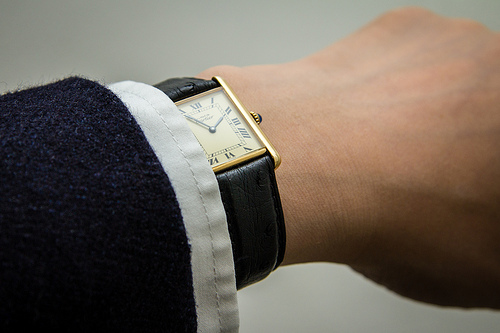 During the society’s AGM, held at the National Maritime Museum in Greenwich on the weekend of the 16th May, the choice was taken to establish a new Wristwatch Group, which will join the already existing Electrical Horology and Turret Clock groups.

It was proclaimed that the meeting will pave the way for a ‘new era’ for the society which presented its newly appointed chairman Dr James Nye and featured presentations from the Royal Observatory’s Rory McEvoy and AHS vice-chair Jonathan Betts MBE alongside new president Prof Lisa Jardine CBE FRS.

Dr Nye was quoted as saying: “There has been an increased interest in vintage and antique wristwatches in recent years, but a perceived lack of corresponding published scholarly research. The Wristwatch Group plans to promote and encourage the study of the history and development of wristwatches, through meetings, education and publications, including articles in the Journal or technical papers for Group members.”