An antique pocket watch that is 116-years-old and was previously owned by Albert Einstein prior to him becoming a recognised genius on a global scale, has recently sold at auction for in excess of 13 times its original estimate. 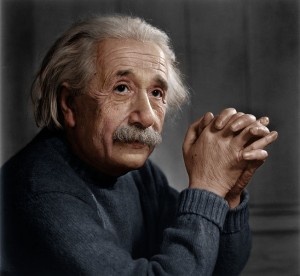 The vintage timepiece, which was created in Switzerland, began the lot with an estimate of £20,000 but eventually sold at London’s Christie’s auction house for a stellar £266,500!

This particular movement is known to be one of a collection of three watches owned by Einstein and was handed to the seller via the renowned theoretical physicist many years ago before his passing.

In fact, it was around 1900 that Einstein originally owned the vintage silver watch, when he was 21 years old and had graduated from Zurich Polytechnic after completing his four-year maths and physics teaching diploma.

He would often carry the timepiece with him at the time he was working as a patent clerk in Switzerland, and it continued to stay with him throughout his life.

What was fascinating is that there was somewhat of a frenzy due to the fact that very few personal items ever belonging to Einstein come on the market because of the scientist’s reluctance to own material possessions.