A question of survival as the smartwatch threatens the watch species, or does it?


The wristwatch- faithful, reliable, ever-present (if you remember to put it on) and also an accessory for style and expression oneself. It has also managed to so far survive the arrival of the smartphone to our lives. However there are claims that traditional movements are likely to become a rare sight as the birth of smartwatches grow in stature. 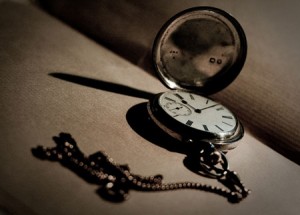 Although some people may still use technology such as camcorders and old VRC’s they are more of a nostalgic go-to for lovers of these previous technological advances.

The Times newspaper reported that a survey of 1,400 smartphone users found that 25 per cent of those surveyed had cut back on using stand-alone alarm clocks, and a third were now opting to use their smartphones instead of a bonafide camera, or camcorder. But (and there is a but), less than a fifth of those in the research reported that they’d abandoned their wristwatch as opposed to reading the time from the screen of their phone.

Ian Ralph, director of Marketing Sciences, which carried out the survey was quoted as saying that: “The wristwatch is not just a functional object, it is also a fashion statement. It is part of your style or status as an item of jewellery as well as a timepiece.”

However, the impending spread of technology that is wearable is expected to put the classic wristwatch on the endangered list. Smartwatches are convenient in today’s modern world as these devices strap to your wrist and have the ability to sync with your smartphone or tablet which relays information that is displayed on the watch including incoming calls and messages, as well as the original purpose of a watch- displaying the time.

Major manufacturers have already released smartwatches with others planning to follow suit in the near future.

On reflection, when you consider that there is a question mark over the very survival of the traditional wrist watch we should take a look back to when the wristwatch came in during the late 19th century. A similar kind of statement would probably have been bandied around in relation to today’s antique pocket watches.But, amazingly or unsurprisingly depending on how you look at it, the pocket watch seems to be still here today and remains as ever popular both with collectors and for one off purchasers.

Pocket watches and wrist watches carry an air of distinguished notoriety and remain an icon for timeless style that no smartwatch can ever replace. Although you can purchase a smartwatch as a present there is nothing quite like buying a watch as a presentation for a wedding, christening or graduation present.