A Breguet movement, one of several vintage watches for sale at a recent auction in Geneva, has commanded a pleasing $3 million at an auction which was fruitful to say the least. 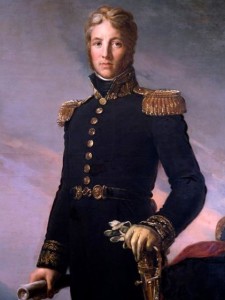 The antique pocket watch was previously owned by a general who helped Napoleon Bonaparte to power and therefore drew a lot of interest. The Breguet No. 217, a self-winding timepiece, with features including a day and month calendar, was originally bought in 1800 by Jean Victor Marie Moreau. Moreau was a general for Napoleon but changed allegiances, eventually becoming his rival, resulting in him being exiled to America, only returning to Europe to help fight against the French leader.

This particular timepiece has spent many decades in a private collection and when it came to auction recently it was estimated to fetch up to $1.2 million.

Additionally, a Patek Philippe Sky Moon Tourbillon which came in pink gold came to auction and fetched around $940,000 at the same event. The fact this particular movement was Patek Philippe’s bore some distinct significance as, when it first went on sale in 2001, it was the most complicated and most expensive wristwatch ever made by the brand.

The auction, held by Christie’s boasted a sell rate of 93 percent in terms of lots in this latest Geneva auction, with organisers hailing this auction as a success given the ‘choppy’ nature of the auction market over the past 12 months. There’s a belief that with the renewed popularity of antiques, people are opting to visit shops and shop online as opposed to attending auctions.

The full auction preview and image collection can be seen here.